Due to the influence of coronavirus(COVID-19), the opening hours and menu contents of the listed stores may be changed. In addition, even if there is a description of "in business," some stores may only provide home delivery service. Please contact the store for more details. Also, please note that various changes to the content may be made in the future, in response to requests from local governments. Thank you for using our service. We hope you will enjoy “Japanese Heart.” 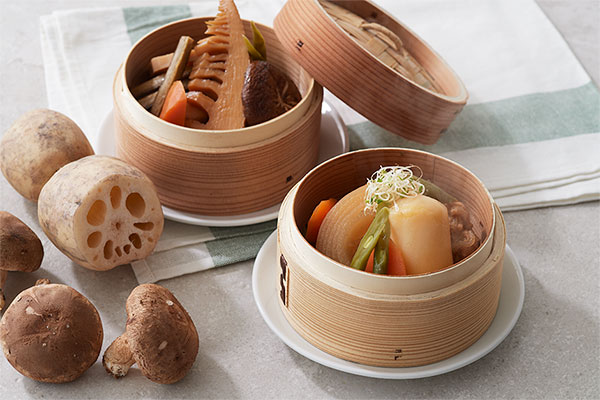 TENZO is a 100% vegan shop located a 3-minute walk from Toranomon Station on the Tokyo Metro Ginza Line. To make “vegan fast food” is TENZO’s idea. It opened in April, 2020 to spread the idea of ​​vegan cuisine and vegan food in Japan because it is good for the earth. 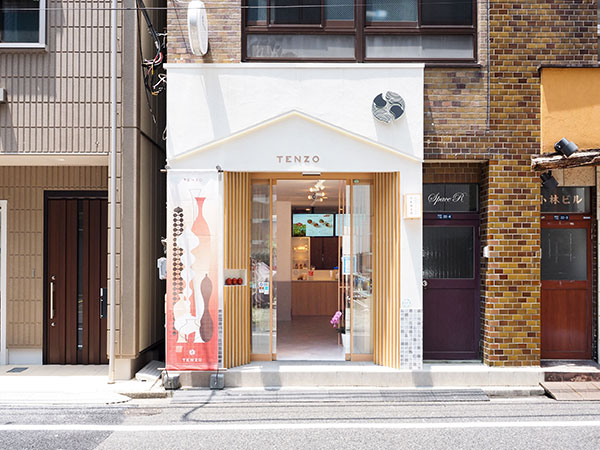 The appearance of the shop

The name TENZO comes from the name of the Buddhist vegetarian cuisine, “Tenzo.” To spread vegan food, it is necessary to spread vegan food to people who have never tried one before. So, they offer a well-seasoned menu at an affordable price.

Also, they are building a store where anyone can easily drop in. Since TENZO is located in the office district, there are many office workers and many non-vegan people who are enjoying TENZO’s cuisine. Many people who are not familiar with vegans are impressed by the deliciousness of the dishes that do not use any animal foods. TENZO is successful in achieving repeaters from both vegan and non-vegan customers. 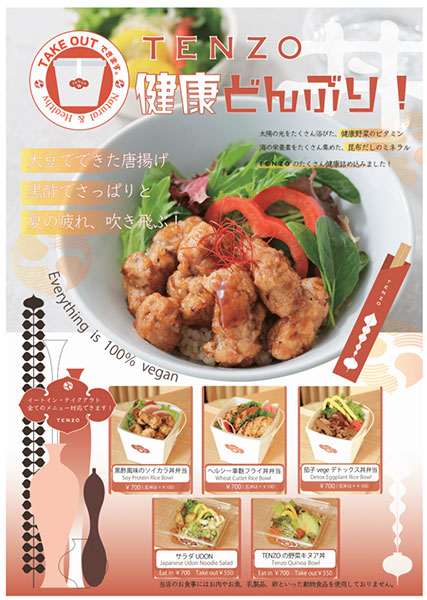 TENZO offers a menu centered on Japanese food. When they thought about the Japanese way of vegan, they came up with the answer of a Japanese-style bowl. The most popular menu is the black vinegar-flavored soy-kara bowl (soy meat-fried chicken bowl). It is made from soybean meat and has a chewy and juicy texture like real meat. Kombu soup stock is used like in typical Japanese food, and of course animal ingredients such as dried bonito are not used. This soy-kara bowl is also delicious because it uses Japanese pepper for seasoning. The menu is quite voluminous and is recommended for office workers who want to eat a lot at lunch. 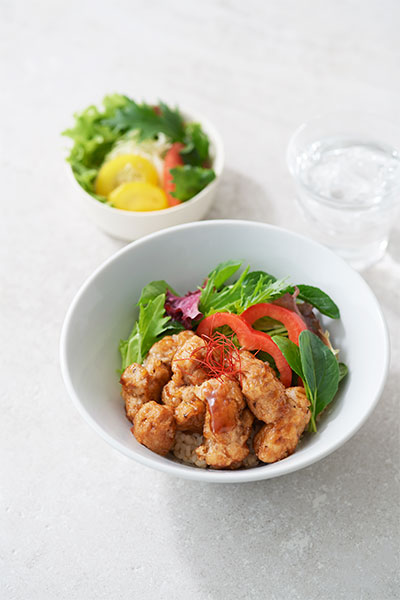 In addition, there are attractive menus such as healthy kuruma-fu fried rice bowl and eggplant veggie detox rice bowl. The kuruma-fu has a texture and taste just like real meat. Eggplant veggie detox bowl is a reproduction of beef bowl using eggplant, and you can taste it healthy and tight. Japanese spices such as vinegar and perilla(shiso) are used as a secret ingredient. It is a lineup that can be said to be a typical Japanese vegan dish. 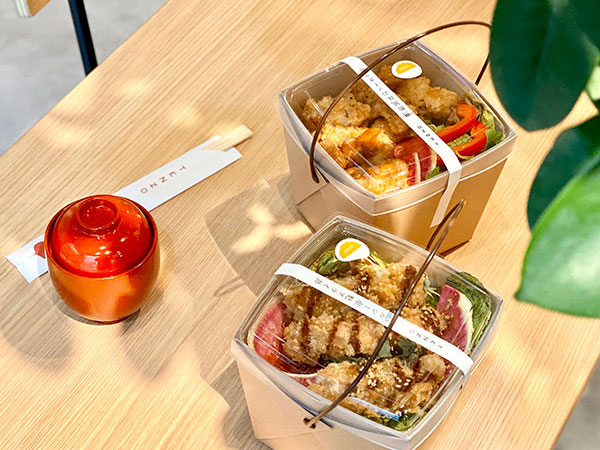 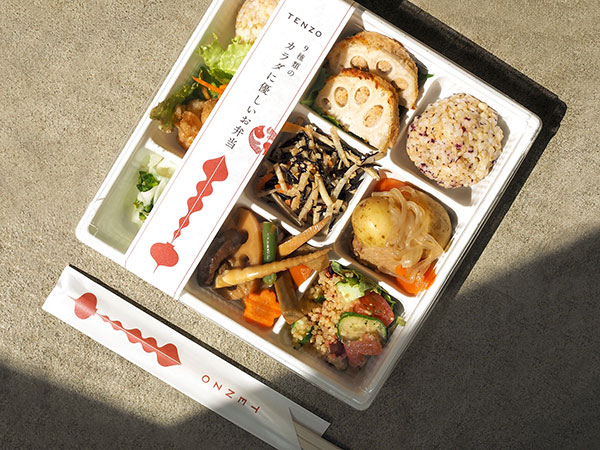 You can also take out all the bowl menus, so you can eat slowly at home or take it back to the office to eat.
So far, they have provided meat potatoes and Chikuzen-ni that do not use meat. Instead, they used yuzu pepper and soy meat, which is very delicious. It seems such menus will increase in the future.

In addition to the food menu, muffins and cookies are also on sale. There are apple and cinnamon muffins with lots of big cut apples and strawberry and coconut muffins that you can enjoy the flavor of coconut and the taste of sweet and sour strawberries.
Cookies include rare spicy cookies such as turmeric and cloves. It is also TENZO’s commitment that agave syrup is used instead of sugar. I’m looking forward to the increasing variety of sweets! 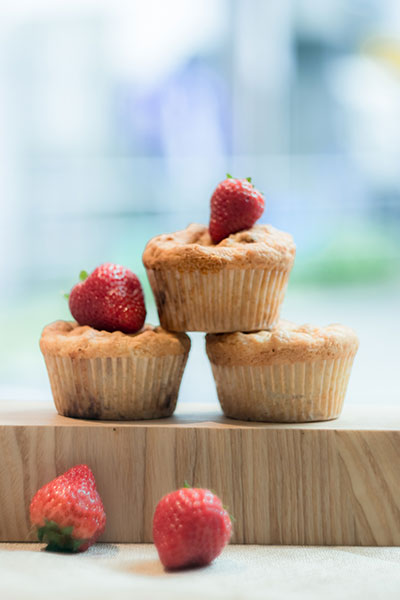 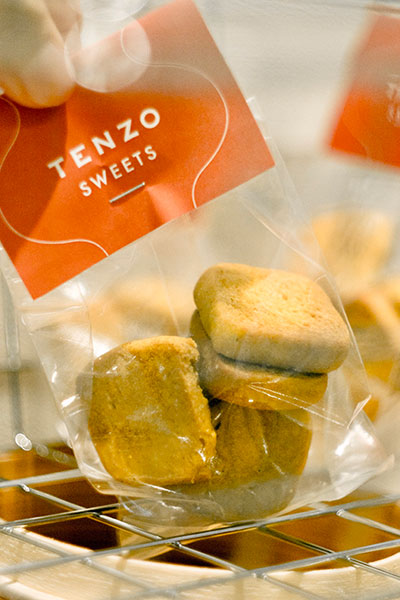 Being very particular about design and details

The TENZO store has the image of a chalk warehouse. There is a sticker of footprints on the floor inside the store, and you can enjoy the design as if you are steadily entering the warehouse.

The TENZO logo has the motif of the vegetable “turnip” and the family crest “tomoe.” Since turnips can be eaten without throwing away all the roots and leaves, by expressing the turnips as if they are rotating, the Japanese food “wa,” the calm “wa,” and the circulation “wa” in which food is reduced around the body, is expressed. 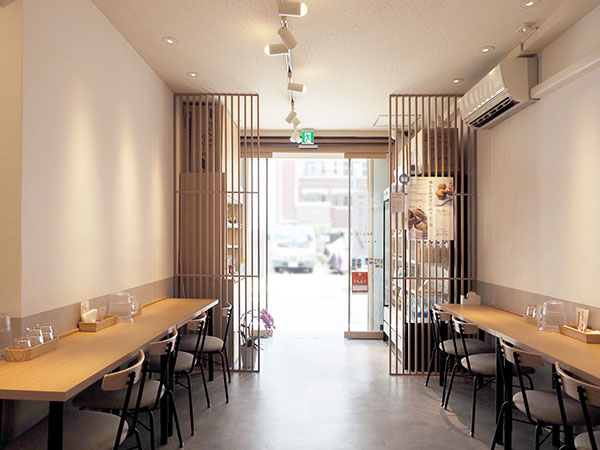 Inside the store with the image of a chalk warehouse 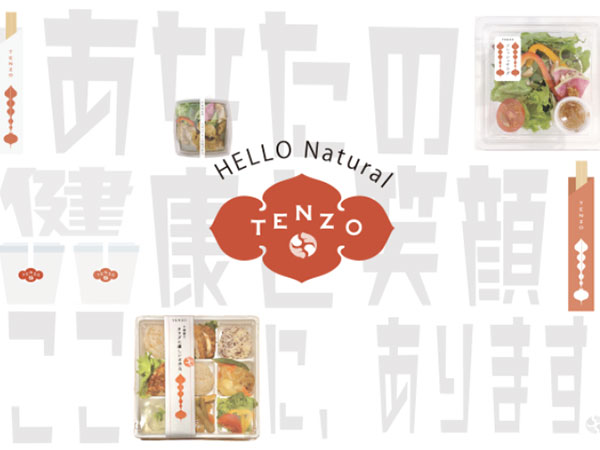 TENZO is completely vegan-friendly without using animal materials, and does not overstate that it is vegan. Also, they are trying to express that vegan is pop and easy, and overturn the vegan image in Japan, being special and luxurious. It is a restaurant where you can enjoy the convenience of fast food that TENZO aims for, and a little junkyness like fast food.
Why don’t you come and visit them if you are interested in the idea of veganism? There is no doubt that once you go, you will be captivated by its deliciousness and affordability. 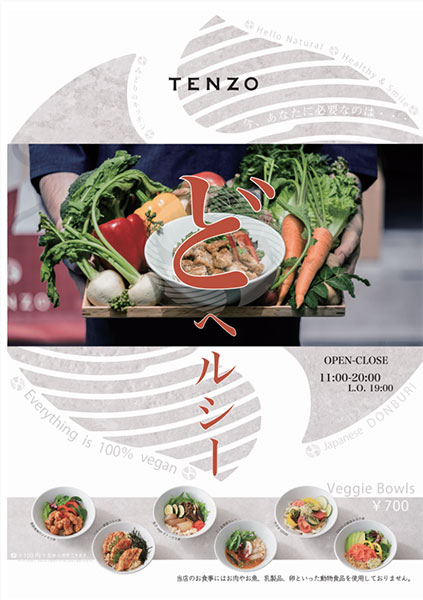 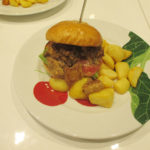 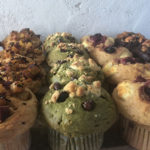 Coupons can be used at all stores listed on the app.